A vestige of bygone days?

In the 1980’s gamers who were fortunate enough to play the boxed “basic” set of Dungeons & Dragons (Moldvay edition) were greeted with the classic David “Diesel” S Laforce illustration depicting a moral conflict amongst three characters and a goblin.

The description of the alignments in the text were analogous to the actions of the characters in the illustration, with one black-clad character’s dagger-hand being restrained by a bearded character, another character looks on, seemingly unaffected by the other’s actions. This illustration appears to depict the actions of Chaotic, Lawful, and Neutral alignments respectfully. 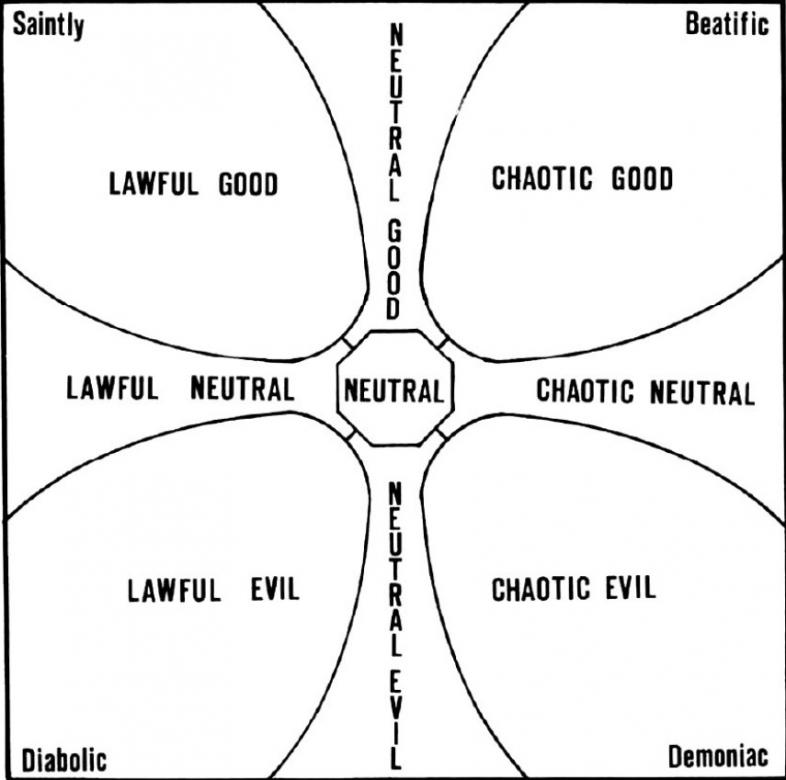 Player’s Handbook possessed an even more complex system than its juvenile cousin with the inclusion of good, neutral, and evil.
These three sub-alignments could then be combined with chaotic, lawful, and neutral thereby creating nine alignments. 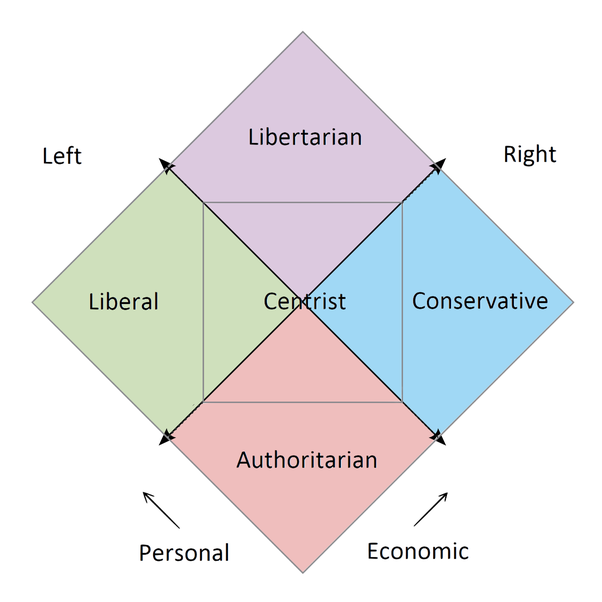 A modern analogy of alignments could be the two major opposing political spectrums in the U.S. and beyond: Conservativism vs. Liberalism.
Reimaging alignment by substituting Conservative for Lawful and Liberal for Chaotic could result in combinations such as “Liberal Good” or “Conservative Evil” or conversely “Conservative Good” vs. “Liberal Evil.”

This reorganizing could do much to in terms of  making alignment more understandable… or perhaps due to the misunderstandings of both political ideologies it would only encourage division and disagreement at the gaming table.
Maybe alignment should be discarded all-together and something better could replace the outdated alignment concept?

While the political spectrum is a good replacement for alignment, it is probably best to keep modern politics out of a role-playing games.

What about a system that would allow a player to make character personality choices based on a popular personality test?

The Myers-Briggs System can do just that. Inspired by the Jungian concept that people experience the world according to each individual’s emphasis on the following attitudes: Extroversion vs. Introversion and the following functions Sensing vs. Intuition, Feeling vs. Thinking.

These attitudes & functions are then governed by a fourth category that dictates whether an individual relies more on a structured and decided lifestyle (Judging) or a more flexible and adaptable lifestyle (Perceiving).

These attitudes and functions can then be combined much like the alignments of D&D to create 16 personality types.

According to 16personalities.com, there are four supra-classes of personality types, that as an interesting aside, are loosely analogous to the the 4 archetypal classes of D&D!

Would this improve your role-playing or do you prefer the classic alignment system to influence your character’s actions?

4 thoughts on “D&D Alignment in a Socio-Political World”